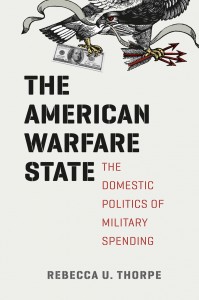 How is it that the United States—a country founded on a distrust of standing armies and strong centralized power—came to have the most powerful military in history? Long after World War II and the end of the Cold War, in times of rising national debt and reduced need for high levels of military readiness, why does Congress still continue to support massive defense budgets?

Drawing on an impressive cache of data, Professor Thorpe reveals how changing incentive structures have profoundly reshaped the balance of wartime powers between Congress and the president, resulting in a defense industry perennially poised for war and an executive branch that enjoys unprecedented discretion to take military action.